The Clarks, “The Doll Test”, and Brown v. Board

In the 1940s and 50s, Drs. Kenneth and Mamie Clark designed a series of experiments to study the psychological effects of segregation on children. Known as “The Doll Test,” the Clarks used dolls with different skin colors to test the perceptions of black children aged 3-7. The telling results of these studies proved instrumental in the Supreme Court’s 1954 decision in Brown v. Board of Education to reject “separate but equal”, the argument advanced in favor of legalized segregation.

Beyond Brown and The Doll Test, the Clarks were also trailblazers in the field of psychology. Kenneth and Mamie Clark were the first and second African-Americans, respectively, to receive PhDs in psychology from Columbia. Kenneth Clark was also the first African-American to serve as President of the American Psychological Association, the largest professional organization of psychologists in the country. The Clarks’ contributions also went beyond academics by founding the Northside Center for Child Development, a clinic in Harlem where Mamie Clark provided clinical counseling and psychological services from 1946 until her retirement in 1979. Northside Center has remaining up and running for 75 years.

Under The Doll Test devised by the Clarks, a child and the proctor sat together with four dolls, two black and two white. The proctor asked the child eight questions and recorded the responses: 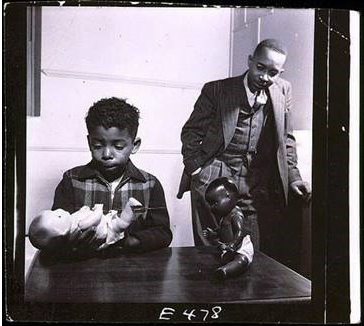 The results were shocking and demonstrated the detrimental effects of segregation on the most innocent and vulnerable in our society.

The results also dispelled the widespread expectation that things would be different between children in the North and the South. They weren’t. The responses of children from integrated schools in Massachusetts were very similar to those in segregated rural Arkansas. Dr. Kenneth Clark concluded that “color in a racist society was a very disturbing and traumatic component of an individual’s sense of his own self-esteem and worth”.

The results of the Clarks’ Doll Test became one of the many tools in the NAACP’s legal strategy before the Supreme Court in Brown v. Board. Ultimately, the Clarks’ work and scholarship was cited in the Supreme Court’s unanimous opinion as justification to overrule Plessy v. Ferguson and reject “separate but equal”: Racial segregation in public education was held to be unequal in violation of the 14th Amendment. 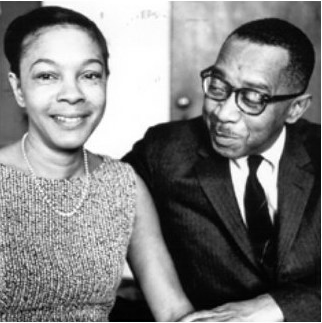 Learn more about the Clarks and the Doll Test here: