On Wednesday, February 23, 2022, Swift Currie had the privilege of hosting Georgia Supreme Court Justice Verda Colvin for a luncheon at our Atlanta office. We were also fortunate enough to welcome Ellany, an Atlanta high school student who has her sights set on becoming a lawyer someday. 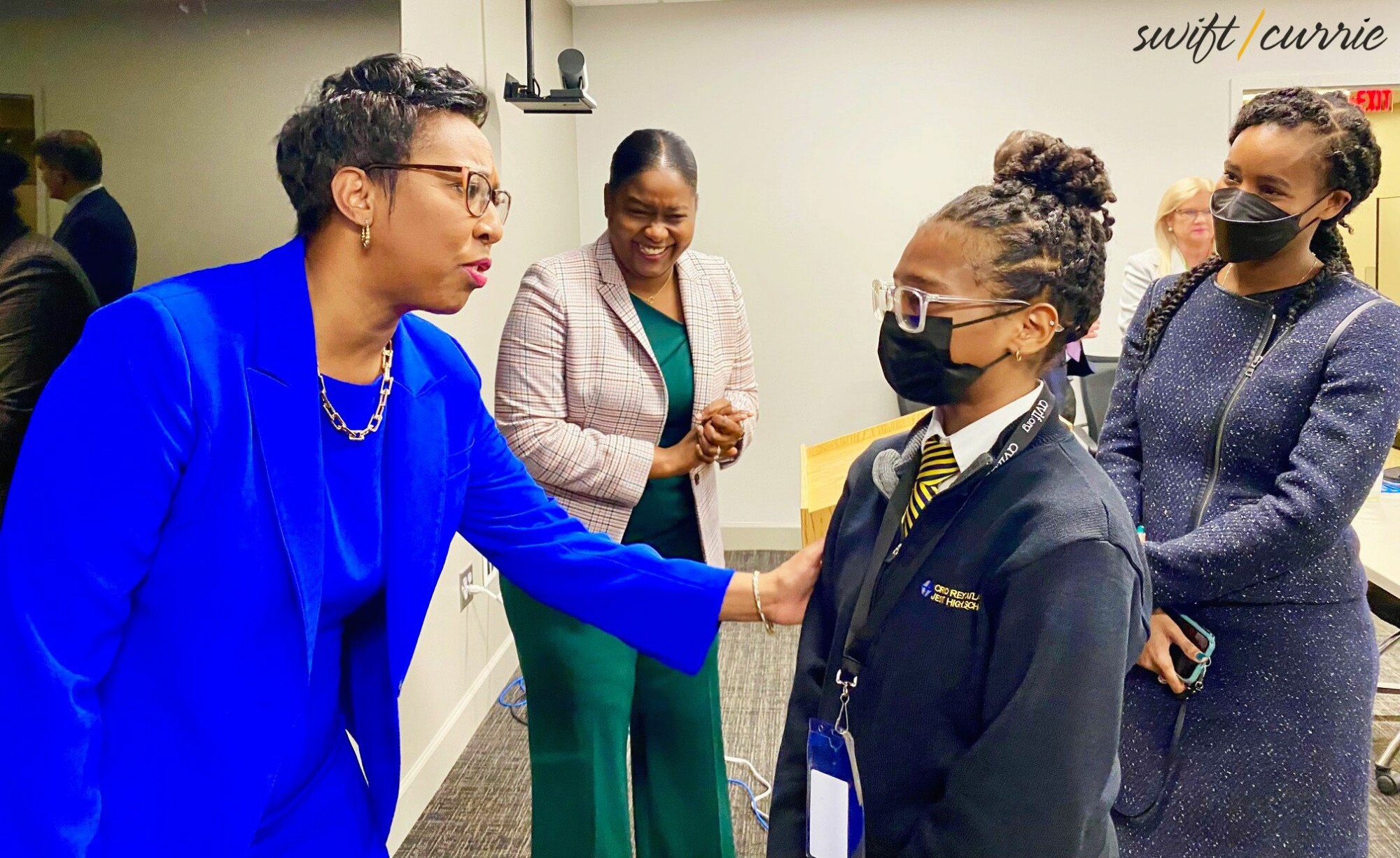 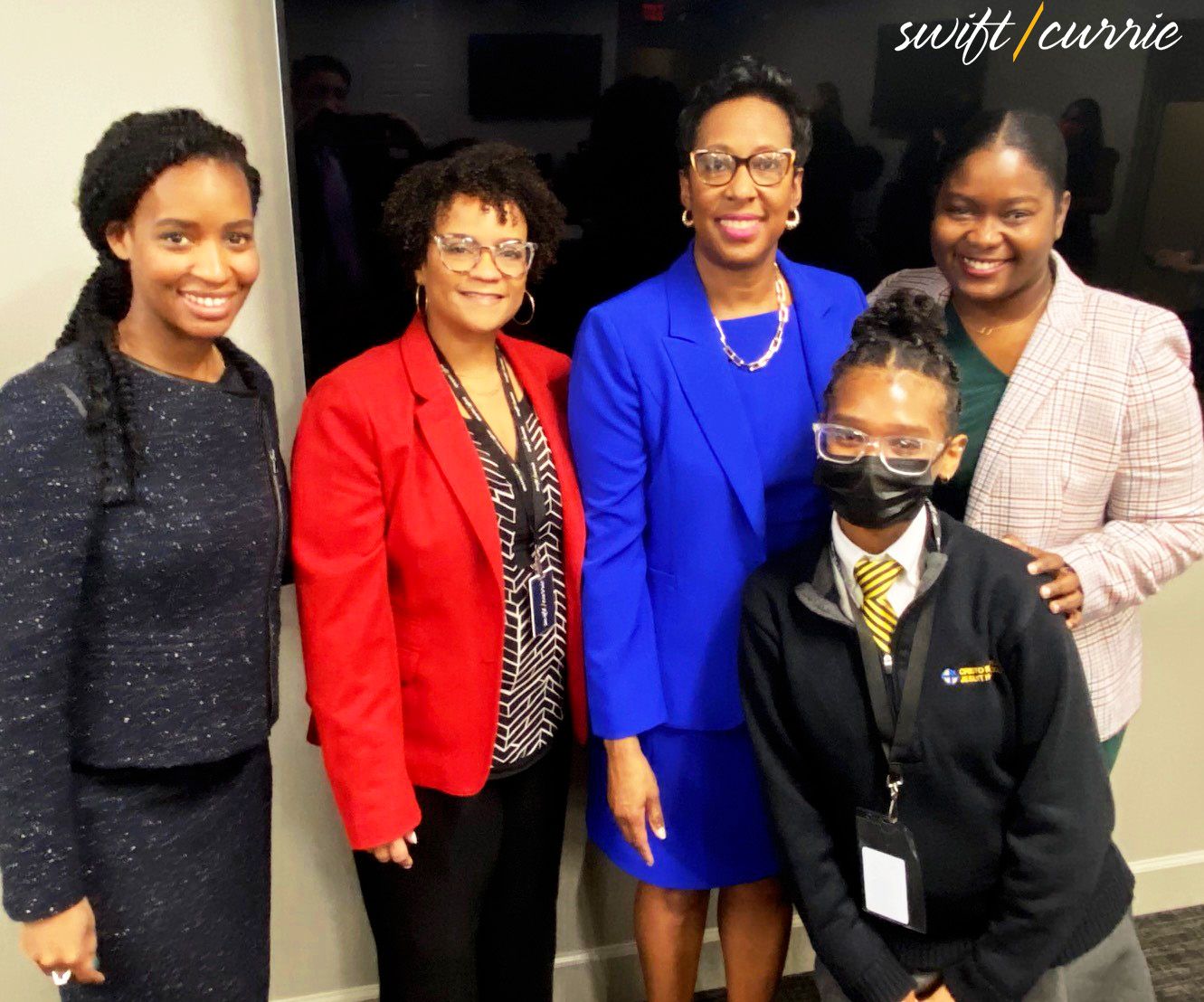 Justice Colvin discovered her love for trial work early in her career as an assistant solicitor in Athens-Clarke County. From there, she went on to serve as assistant general counsel to Clark Atlanta University and then as assistant district attorney in Clayton County. Before becoming a judge, Justice Colvin was an assistant United States attorney in the Middle District of Georgia, where she prosecuted a wide range of offenses from drug trafficking to white collar crime. 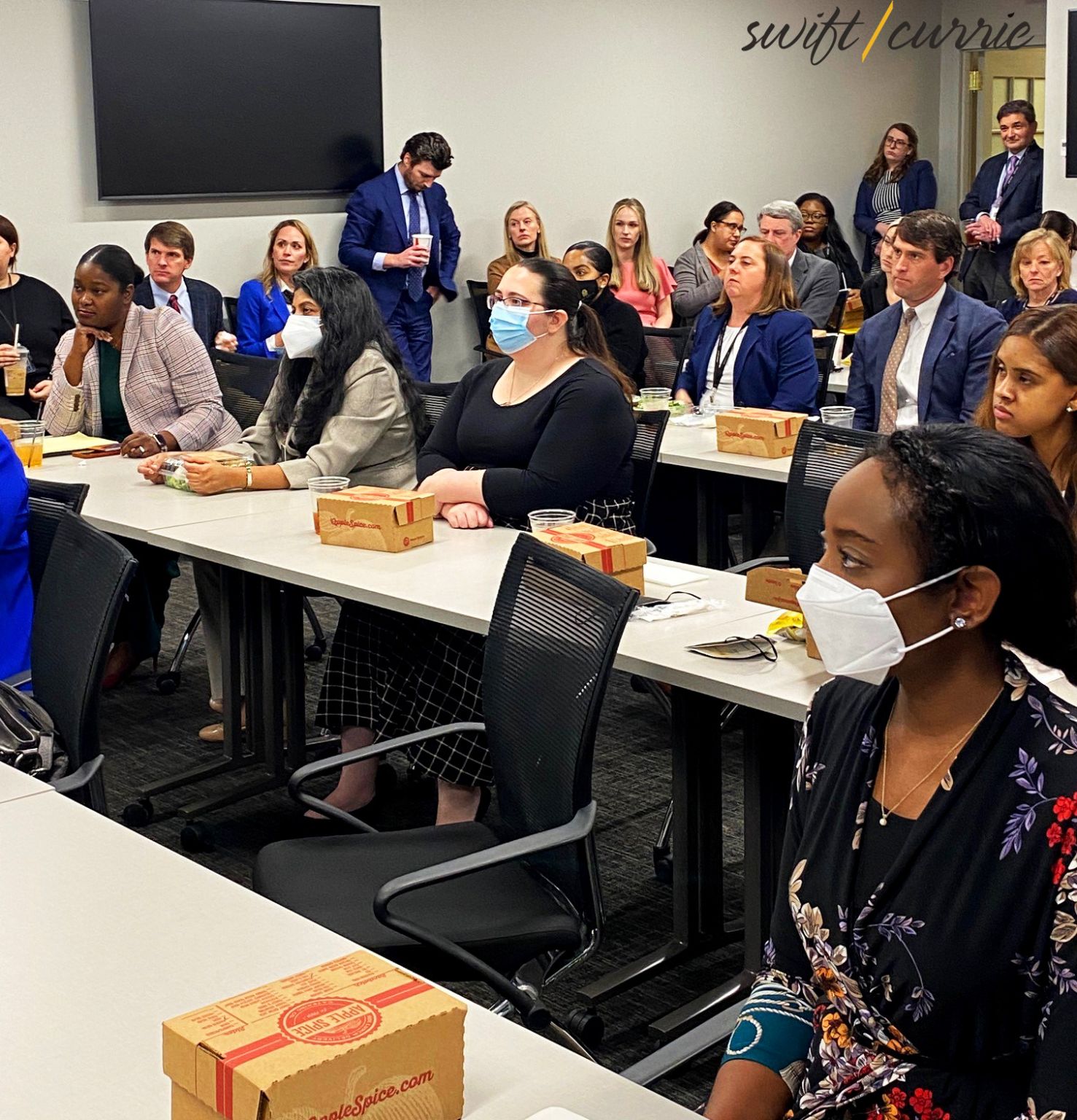 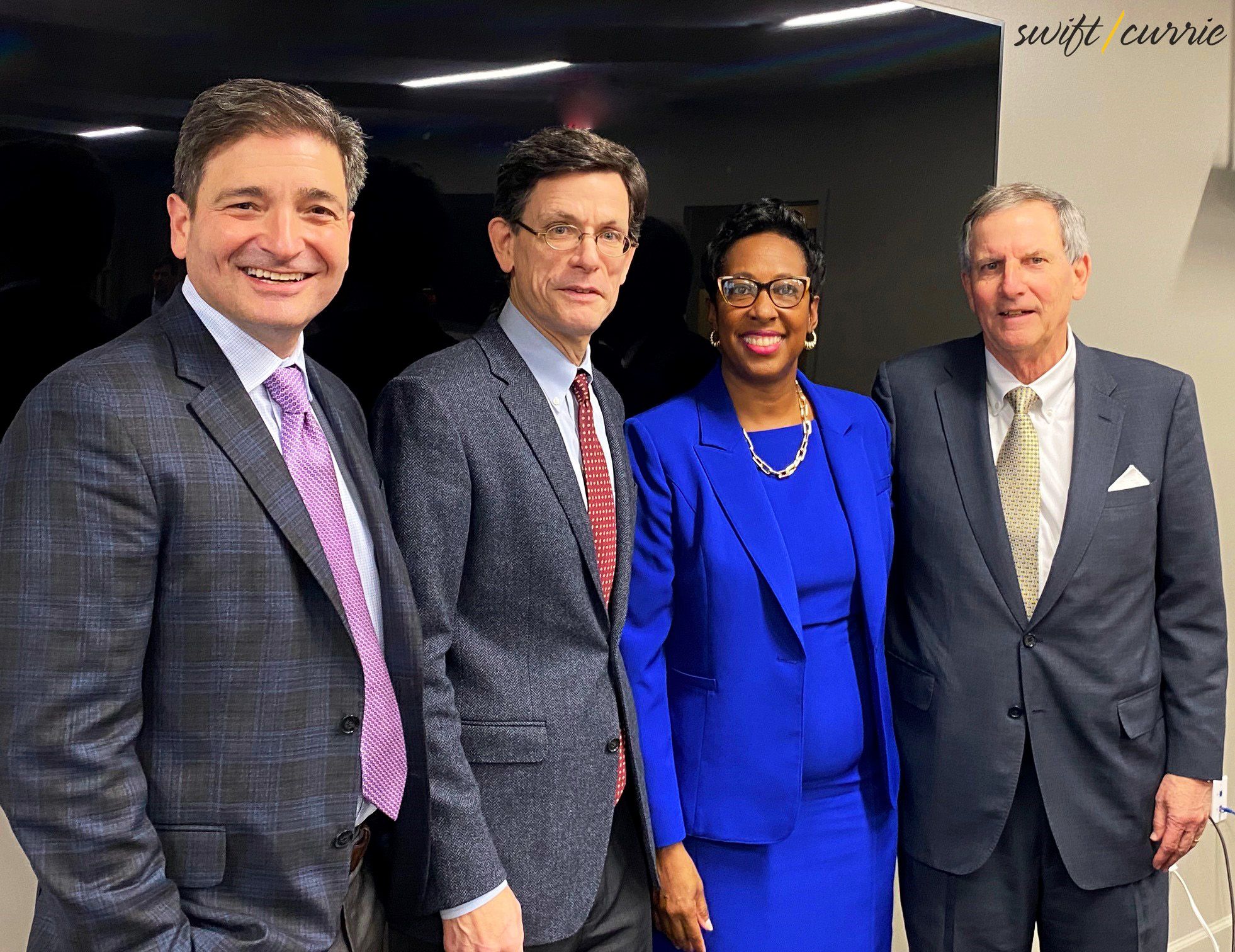 Born and raised in Atlanta, Justice Colvin attended Daniel McLaughlin Therrell High School. She earned her bachelor’s degree in government and religion from Sweet Briar College in Virginia and her juris doctorate from the University of Georgia School of Law.